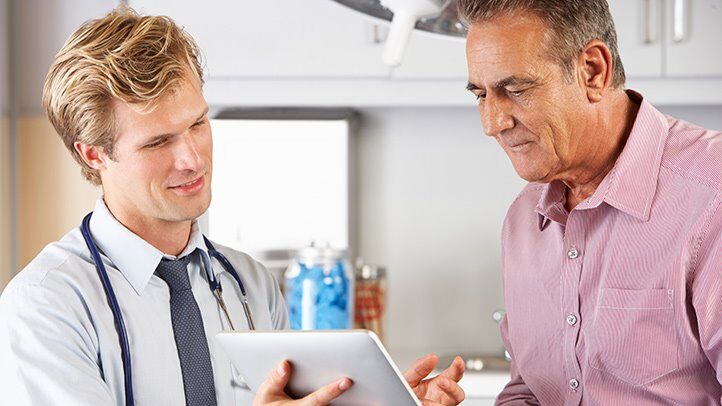 Historically, the majority of medical research has been conducted on men. While this leaves women underdiagnosed for a range of conditions, women are still living longer, healthier lives than men. In fact, men die an average of five years before their wives. This health gap between men and women can be blamed on a variety of factors, including biology, and simply how men approach their health. For example, many men partake in harmful substances, believe they should “tough out” injuries instead of seek treatment, or do not consider their health to be a top priority.

As a nursing assistant, medical assistant, or patient care technician, it is important to understand how gender can play a role in a patient’s health and know the differences between treating men and women. Since June is Men’s Health Month, now is the perfect time to familiarize yourself with common medical conditions and diseases men are at a high risk for.

What is Men’s Health Month?

Men’s Health Month is a time for communities to come together to learn more about the common risks to men’s health. Launched in June of 1994, Men’s Health Month is a great time for government officials, the media, educators, and medical professionals, to encourage men and boys to make their health a top priority by getting regular checkups to ensure conditions are detected and treated early.

Due to both biology and lifestyle choices, men are often at risk for different medical conditions and diseases than women. Here are the top five conditions men are most at risk for.

Heart disease, or coronary artery disease, is the leading killer of men in the U.S. The Center for Disease Control states that heart disease accounts for 1 in 4 male deaths, or around 321,000 deaths per year. Men are often at a higher risk of heart disease than women because obesity, a condition that greatly heightens one’s chance of cardiovascular disease, is more common among men. Smoking, high blood pressure, high cholesterol, and diabetes are also important risk factors for heart disease. Despite the statistics, heart disease is often preventable. By maintaining a healthy lifestyle and seeing a doctor regularly, many cases of heart disease can be avoided.

Prostate cancer is the number one cancer among men. In fact, a projected 174,650 men will be diagnosed with prostate cancer this year. Prostate cancer can be linked to a variety of factors including diet, obesity, tobacco use, and age. Luckily, prostate cancer is often treatable, especially when caught early. Encouraging regular screenings and educating men on how to perform self-checks can help them get the early intervention they need.

Lung cancer has been on the decline for the past two decades, with the lung cancer death rate down 48 percent from 1990 to 2016. However, lung cancer remains the second most common form of cancer among men and accounts for the most male cancer deaths in the country. Like heart disease, lung cancer is often preventable. Since cigarettes are the leading risk factor for lung cancer, accounting for 90 percent of lung cancer cases, smoking and tobacco cessation is essential.

According to the American Psychological Association, 30 percent of men have struggled with depression or anxiety at some point in their lifetime. Of those men, only 1 in 3 took medication for their depression, and only 1 in 4 reached out to a mental health professional for treatment. While men and women seem to struggle with mental health equally, the suicide rate is 4 times higher among men. Men often do not seek help for depression because of the negative stigma associated with it. Sometimes people miss certain underlying symptoms of depression due to a lack of education on the topic, which means it is especially important to raise awareness of mental health and normalize the topic among both men and women. It has also been proven that doctors and nurses can have a big influence on people’s willingness to visit a mental health counselor, through their bedside manner, personality and overall patient care tactics.

Melanoma, the most severe form of skin cancer, is far more prevalent in men than in women. At every age, men are twice as likely to die from melanoma than women. A recent study shows this may be because women are more educated on the risks of sun exposure and tanning than men. Women are also more likely to take precautions against the sun including SPF sunscreen and cosmetics. Because melanoma can often be prevented, it is important to educate both men and women on what precautions can help them avoid this disease.

Make a Difference in Your Community

While gender bias is often a topic of women’s health, medical professionals can also become biased towards men’s conditions. As a nurse, tech, or assistant, it is important to be aware of potential biases and avoid them. For the health of the patient, it is vital to treat each person as an individual and listen to their unique symptoms and concerns. Age, gender, ethnicity or other demographics should not affect the way a patient is treated. The medical field needs qualified professionals to help make a difference in their communities and offer care to those in need. Start your journey towards a rewarding medical career at Woodruff Medical today.

By submitting this form, I am allowing Woodruff Medical to contact me regarding education programs and services via email, telephone, automated technology, direct mail, or text message at the email address, address, and phone number provided. Data and text message rates may apply. I understand that my consent is not required before enrolling in or attending any educational programs facilitated by Woodruff Medical. Read our full Privacy Policy here