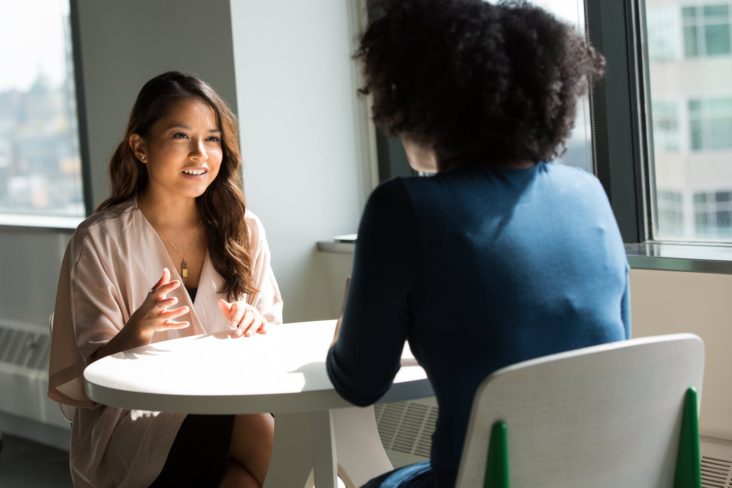 There is nothing worse than going to the doctor with real concerns and being told it’s “all in your head.” However, that is the reality for thousands of women in the U.S. and around the world. Women’s symptoms are often missed by doctors, which means their health conditions go undiagnosed. In fact, lack of diagnosis in women leads to 40,000 to 80,000 deaths in the U.S. every year.

Why Are Women Underdiagnosed?

Women are underdiagnosed for a variety of reasons. Originally, most medical research was conducted on men, which means a woman’s condition may not be immediately recognized if she displays different symptoms than a man. More research and women-only studies are needed to better understand how symptoms vary for men and women.

Many cases of underdiagnoses can also be attributed to women’s pain not being taken as seriously by doctors. A recent study showed women who went to the emergency room for abdominal pain not related to pregnancy were far less likely to be prescribed pain medication than men. Many symptoms women experience are also often incorrectly attributed to menstruation when no obvious condition is present.

Many conditions, from allergies to brain tumors, are often left undiagnosed. However, there are four conditions most commonly missed in women. They include:

Endometriosis is a chronic condition affecting the lining of the uterus. Women typically have to wait 10-12 years to receive a diagnosis because symptoms sound like severe menstrual pain. Unlike normal menstrual pain however, the symptoms of endometriosis can be debilitating and affect overall quality of life, mental health and physical wellbeing. Because of the general lack of diagnosis, initiatives have been created to help educate women on the symptoms and help them receive the diagnosis and treatment that they need.

Coronary Heart Disease (CHD) is another condition often underdiagnosed in women. This is because clinical trials for CHD were originally conducted on men, so doctors and researchers are still unsure of how heart disease affects women specifically. CHD occurs when the arteries around the heart are no longer able to deliver oxygenated blood to the heart effectively. Symptoms of the disease vary from person to person, and they differ greatly between men and women. This causes women to live without a diagnosis until the condition becomes severe. In fact, when it comes to CHD, women are 50 percent more likely to receive an incorrect diagnosis than men, even if they have already suffered a heart attack.

In childhood, girls are diagnosed with ADD and ADHD far less than boys. This is because they experience different symptoms that may not be immediately recognized as an attention disorder. Boys are typically diagnosed with the disorder at age 7. However, most girls have to wait until age 12 to receive a proper diagnosis and treatment, and many girls will never receive a diagnosis. In fact, recent studies estimate that only 25 percent of women with ADD or ADHD will ever receive a diagnosis.

High-functioning autism, formerly known as Asperger’s, is another condition drastically underdiagnosed in women and girls. A recent report shows that there are three boys to every one girl diagnosed with autism. This caused researchers to believe that autism is primarily a condition among boys, which only led to a more heightened bias and misunderstanding when it comes to autism diagnosis. Since those in the field thought autism spectrum disorder was a male condition, more research on the neurological condition was conducted on all male cohorts. In fact, Professor Francesca Happé, King’s College London’s director of the Social, Genetic & Developmental Psychiatry Centre, states that what we know about autism is actually what we know about male autism.

Like ADD and ADHD, women are naturally more likely to hide symptoms. Since autism is typically first noticed due to social awkwardness, parents and teachers can miss it in young girls due to their ability to mimic their peers. While women and girls on the autism spectrum are typically high-functioning in social situations, the lack of diagnosis often leads to other mental health issues. Without a diagnosis, many women on the spectrum suffer from depression, anxiety and self-harm. In fact, in a recent study, researchers discovered that 23 percent of women who were hospitalized for anorexia met the criteria for an autism diagnosis.

With the help of a diagnosis and early intervention, girls on the autism spectrum could be spared years of stress, mental exhaustion, and false diagnoses. Thankfully, researchers like Happé are conducting studies to better understand what autism looks like in women and putting an end to the gender bias.

The gender bias is also something to pay attention to when starting a career in the medical field. As a nurse, tech or doctor, it is important not to allow these biases to affect your work. It is vital to always take symptoms seriously and never discount a patient’s concerns, no matter their gender, age, ethnicity, or any other demographic. To start making a difference for those who need it, what better way than to join the medical field as a nursing assistant or patient care technician? Contact Woodruff Medical today and become certified.

By submitting this form, I am allowing Woodruff Medical to contact me regarding education programs and services via email, telephone, automated technology, direct mail, or text message at the email address, address, and phone number provided. Data and text message rates may apply. I understand that my consent is not required before enrolling in or attending any educational programs facilitated by Woodruff Medical. Read our full Privacy Policy here